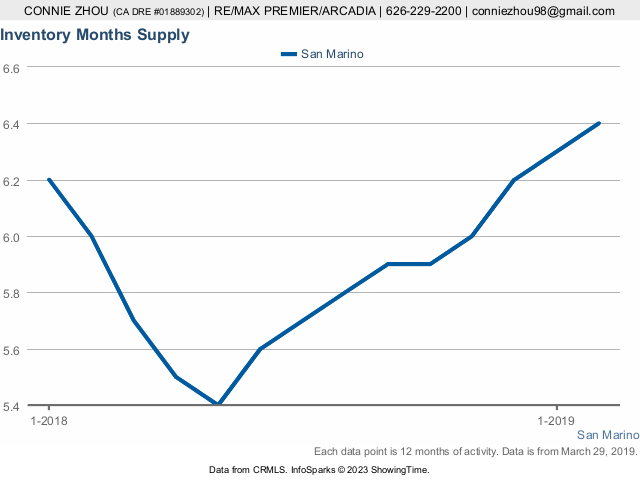 It is currently a buyer’s market in San Marino

The San Marino Unified School District has been ranked as the top unified school district in the state of California for eighteen consecutive years, including 2018. Each of its public primary schools has also been honoured as a California Distinguished School and a National Blue Ribbon School.

There are four public schools in the San Marino Unified School District: