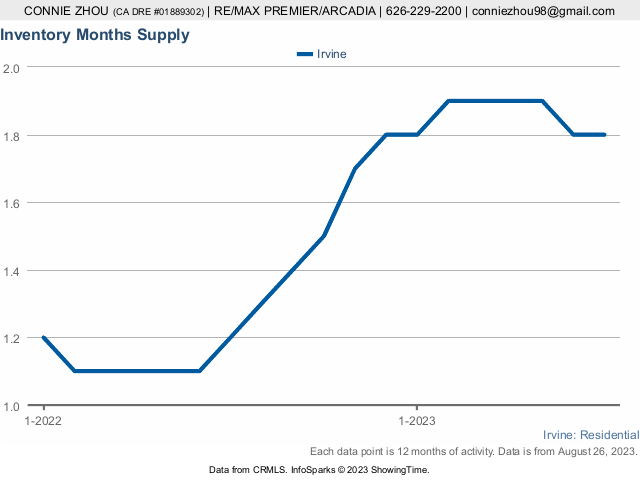 It is currently a buyer’s market in Irvine

Irvine ) is a master-planned city in Orange County, California, the United States in the Los Angeles metropolitan area. The Irvine Company started developing the area in the 1960s and the city was formally incorporated on December 28, 1971. The 66-square-mile (170 km2) city had a population of 212,375 as of the 2010 census; in 2018 the California Department of Finance estimated the city’s population at 276,176.

Irvine is also home to elementary and middle schools, including two alternatives, year-round, open enrollment K-8 schools, Plaza Vista and Vista Verde. Parts of the north and west of the city are within the Tustin Unified School District.

According to the 2000 United States Census, Irvine is ranked 7th nationwide, among cities with populations of at least 100,000, for having the highest percentage of people who are at least 25 years old with doctoral degrees, with 3,589 residents reporting such educational attainment.