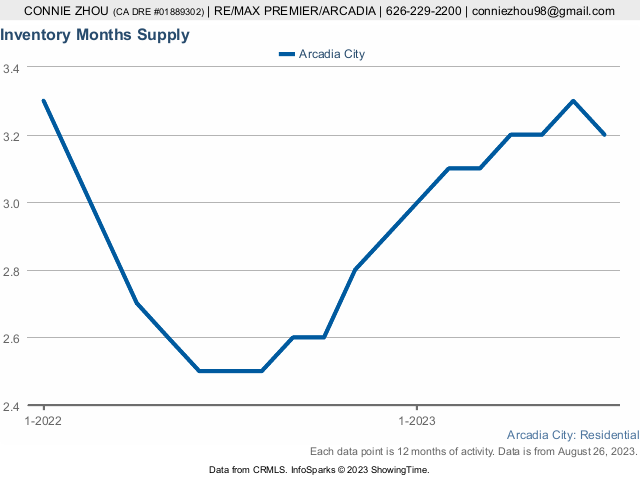 It is currently a buyer’s market in Arcadia

Arcadia is a city in Los Angeles County, California, United States located about 13 miles (21 km) northeast of downtown Los Angeles in the San Gabriel Valley and at the base of the San Gabriel Mountains. It is the site of the Santa Anita Park racetrack and home to the Los Angeles County Arboretum and Botanic Garden. The city had a population of 56,364 at the 2010 census, up from 53,248 at the 2000 census. The city is named after Arcadia, Greece. In 2016, Arcadia was ranked the 5th most expensive housing market in the United States by Business Insider, with an average list of $1,748,680 for a four-bedroom home. In 2012, Arcadia was ranked 7th in the nation on CNN Money magazine’s list of towns with highest median home costsArcadia’s Upper Rancho neighbourhood was ranked the 23rd richest neighbourhood in Southern California by Business Insider in 2014, with a mean household income of $310,779.In 2010, Bloomberg Businessweek named Arcadia as one of the “Best Places to Raise Your Kids” for the second year in a row.